One year ago this week I learned that I had cancer. This is the week my life changed, and I became a new Jane, with the old Jane by her side, but new nonetheless. Because I’m pretty good-natured in general I think I’ve been able to think positively for most of this year. I haven’t been depressed. I’ve been afraid — I still am, a little — and I’ve been worn out, but I haven’t fallen too far into the black pit, never so far that I couldn’t haul myself out.

I could make lists of what I’ve been through, and what I’ve learned. I could go over every awful event and milestone, one by one. But when I look back at the whole year, I see my strength and power, along with the open mind and heart it took to temper all the hard things. That’s what I’ve learned — that my openness and willingness, and my choice to see the experience as powerful, have really made a difference in my recovery. I took on some very big things, and here I am writing about it. 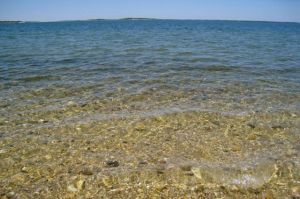 So I guess cancer is my friend, my very dark friend. It’s given me many gifts, even as it has taken so much from me. Though I don’t want it in my life, I’ve come to depend on it, in a strange way. It’s been the reason for so many things, for this entire year of things. It’s caused me to have a new life, a new normal, a new reality. The new reality includes cancer. Whether it’s here or it’s gone — doesn’t matter. It’s part of me, and it changed everything.

A year ago, when I was diagnosed, and I was about to have surgery, I didn’t yet know what it meant to have cancer. It was big, but it didn’t have a shape yet. The fear that I felt made me do things like become efficient, set my house in order, and buy nightgowns. I was determined to be prepared for anything. Later, as time passed and I needed more treatment, cancer settled into my life to stay. I began to understand it, and then accept it. That’s when it became my dark friend, I suppose.

I’m not sure what the next year will bring. I hope it will bring more joy, and peace of mind, and less time spent worrying about cancer. I hope I’ll keep all the best things I found in myself safe and sound. I hope my bags won’t be burdensome, because until I really believe that I’m not in danger, I can’t put them down. 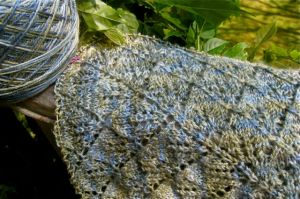 The color is called “Beach Pebbles” and I think it looks a lot like the picture of pebbles in the bay that I took the other day. I’m content to poke along on this project — it’s fun and the rhythm of the repeats makes me happy — but I have begun to feel the familiar twinges that signal startitis. Should I treat them, or ignore them?

There was an error retrieving images from Instagram. An attempt will be remade in a few minutes.